Colombia is the second most biodiverse country on the planet, and has the privilege of being among the nine countries that share territory in the  Amazon: the largest rainforest in the world. The Amazon region in Colombia covers 44.3%, and 64 of the country’s 115 native indigenous peoples live there. This natural and cultural heritage is invaluable for humanity and yet it faces great pressures that require diverse protection strategies to maintain its biological and cultural connectivity.

Today, the Amazon region is facing a rapid transformation driven by the construction of legal and illegal routes and hydroelectric plants, as well as the exploitation of hydrocarbons and mining, agricultural activities and illegal economies. In the scenario of these pressures, forest loss stands out as one of the most pressing challenges. According to the Atlas 'Amazonia Bajo Presión' - “Amazon Under Pressure” 2020, deforestation in the region reached 511,787 km2 in the last twenty years,  (covering an area similar to the size of the continental territory of Spain), and 87.5% of this loss occurred outside Indigenous Territories and Natural Protected Areas of the Amazon.

The Colombian case is no less dramatic. For several years, Colombia has been part of the world ranking of countries with the greatest loss of forests, and in 2020 it ranked number six. In the midst of this breaking context, , the Colombian Amazon concentrates the greatest loss. For example, between 2000 and 2018, 66% of the country’s total deforestation occurred in this region, according to data from the Ideam Forest and Carbon Monitoring System.

Indigenous peoples and their knowledge systems have protected these vast territories for millennia, demonstrating that the most effective strategy to govern them, to protect the planet’s biodiversity and the health of ecosystems, is based on the traditional management derived from such systems.

In Colombia,  the Forests for a Just Future Programme addresses the issue of deforestation -one of the country’s most serious environmental problems- and degradation, and unsustainable  management of forests and wooded landscapes, in a context of climate change, gender inequality and inequity, and threats to the protection of human rights, as well as rights related to territory and local livelihoods.

The civil society organizations responsible for implementing the programme in Colombia consolidate a  team with broad capacities, experience and knowledge of both the specific environmental context of the country, as of the problems related to conservation and rights of the IPLC. Gaia Amazonas Foundation has 30 years of experience protecting the Amazon in hand with the indigenous peoples who inhabit it; the Foundation for Conservation and Sustainable Development (FCDS) is a leader in territorial management processes based on forest monitoring, planning and development of intersectoral and community agreements; Tropenbos Colombia works with indigenous communities, peasants and public institutions on land management issues, through social and cultural cartography, and Censat Agua Viva accompanies communities, organizations and movements in defense of their territories and sovereignties. In the process, they are accompanied by the focal point in Colombia of Women Engage for a Common Future (WECF) as a technical partner. 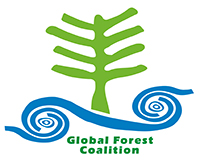 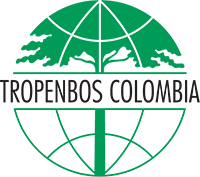